Transport Insights was commissioned in late-2014 by the European Investment Bank (EIB) to support METROREX (Bucharest’s Metro Company) in undertaking a Feasibility Study for a proposed extension to the City’s metro network. The proposed scheme formed part of longer term plans for the metro network since the 1980’s, and more recently as a recommendation of Bucharest’s Urban Transport Masterplan (2007). The proposed investment comprised:

Transport Insights supported METROREX in the following aspects of the EC grant application:

The scheme received an EU Cohesion Fund grant in June 2015, and construction of the line is presently underway, with an end-2016 planned completion date.

Transport Insights was appointed in September 2016 by South Dublin County Council to undertake a review of public transport accessibility within South County Dublin. The evidence based review will be underpinned by detailed analysis of public transport networks and services, and will be shaped by public and business consultation activities.

Further information on this case study will be provided in the near future.

Transport Insights was commissioned by the Jack and Jill Foundation in September 2015 to provide advice, and to prepare a Transport Submission to An Bord Pleanála, in relation to the proposed strategic infrastructure development (SID) of a new national children’s hospital at the St. James’s Hospital Campus, Dublin 8.

Working alongside other members of the client team, Transport Insights: 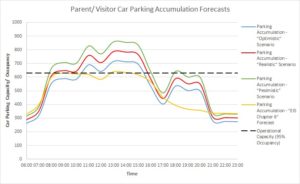 Further information on this case study will be provided in the near future.

Transport Insights was appointed by Waterways Ireland in late 2015 to provide analytical support for an INTERREG funding application to develop a new cross-border greenway scheme.

The scheme represented the first phase of the proposed Ulster Canal Greenway, and will connect Smithborough in Co. Monaghan to Middletown in Co. Armagh.

The demand analysis (supported by SYSTRA as sub-consultants) was summarised within a Sustainable Transport Case for the scheme, and accompanied the first stage of the funding application process.

Following shortlisting of the scheme, Transport Insights provided supplemental demand analysis inputs to the final stage of the funding application process. A decision on funding is currently pending.

Transport Assessment for a Retail Redevelopment

Transport Insights was commissioned in mid-2015 by Urban Pulse (Bayside) Limited to provide transport planning advice and to prepare a Transport Assessment in support of a major redevelopment of Bayside Shopping Centre in Dublin 13.

Working as part of the Client’s planning and architectural team, Transport Insights assessed the traffic, transport and parking impacts of the development proposal in support of the planning application.

Planning permission for the development was granted in March 2016.

The assessment considered, and modelled the traffic impacts at:

The assessment demonstrated that the development proposals would not have an adverse impact on the operation of the local road network.

In addition to the impact assessment, Transport Insights developed a preliminary design layout for Cruiserath Road to accommodate access to the site.

The application was granted planning permission by Fingal County Council in May 2015, and the development is now operational. 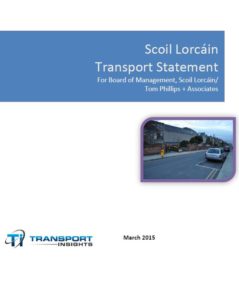 Transport Insights was commissioned in December 2014 to prepare a Transport Statement for a split planning application to increase enrolment levels and co-locate a pre-school, at Scoil Lorcáin, Blackrock, Co. Dublin.

The Travel Plan’s development was guided by contemporary best practice, namely the NTA’s Toolkit for School Travel, and included:

The Transport Statement quantified the Travel Plan’s traffic and parking impacts, and demonstrated that the Travel Plan’s implementation would offset potential for greater car use associated with the proposed development.

The NTA’s Smarter Travel Workplaces Programme, operated on behalf of the Department of Transport Tourism and Sport, successfully collaborates with large employers throughout Ireland to encourage more sustainable commuting and travel choices amongst staff and visitors to their premises.

In late-2013, the NTA sought to strengthen its Smarter Travel Workplaces team through specialist consultancy support. Transport Insights’ Sinead Flavin was subsequently appointed, and has since been located on-site on a part-time basis in NTA’s offices providing substantial relevant mobility planning, marketing and programme facilitation support.

Sinead’s comprehensive experience and understanding of Smart Travel Planning, particularly in the area of behavioural change from her former role in Transport for London’s Travel Planning Unit, allowed her to “hit the ground running”, working within the NTA’s Smarter Travel Team and ensuring successful, timely and cost effective programme delivery.