When the spirits are low, when the day appears dark, when work becomes monotonous, when hope hardly seems worth having, just mount a bicycle and go out for a spin down the road, without thought on anything but the ride you are taking.

National Bike Week is a time to celebrate cycling in Ireland. After years of decline, cycling, at least in my own stomping ground of Dublin, is the only sustainable mode where numbers are actually going up: according to the 2011 census, over 39,000 commuters considered themselves cyclists, an increase of more than a quarter since 2006 and there are 45% more cyclists daily entering the City Centre. Dublin Bikes already have 46,000 long-term subscribers who have clocked up between them a staggering 3.5 million trips since September 2009. 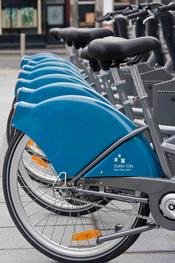 This is quite motivational, but as cycling increases, naturally challenges emerge: there is still an uphill battle before the apparent renaissance in cycling becomes once again a valued social and cultural norm. In the early 1900s, what we might nostalgically now consider the age of the bike, its momentum was unimpeded. Of course the car – bigger, bolder, faster – has become a natural competitor when it comes to time, space and indeed safety. We have a modern compulsion to get further faster. Nonetheless, it may come as a surprise to many cyclists in Dublin that they are living in one of the top ten cities for cycling worldwide as ranked by the Copenhagenize Index 2013 (produced by the Copenhagenize Design Co). Dublin it says “is the Great Bike Hope among Emerging Bicycle Cities” that with “ballsy political decision making and vision”, “it is now moving forward into the battle to make their city more liveable and worthy of this new century.”

Still today, it’s hard to improve on cycling’s commitment to low cost, social inclusion, health, urban efficiency and environmental protection, but cyclists themselves are not always so well received. Casey Niestat’s amusing but hair-raising satire of NYPD’s attitude towards cycle path infractions highlighted a few issues. Following changes in regulations in 2012, here in Ireland we are thankfully not subject to mandatory use of cycle lanes.

Even so, there is a view among many that cyclists are a ‘particular type’ and often mavericks – breaking red lights, taking advantage of the green man, pavement-hopping. It seems to me that the tension surfaces from a basic and legitimate desire to feel safe. In his recent article in the Irish Times (Tue, Jun 11, 2013) “Cycling is a good thing but boy do cyclists know it”, Fintan O’Toole highlighted some of the issues why pedestrians might sometimes justifiably feel threatened. It’s a clarion call for greater sensitivity and respect: – “of course cycling should be encouraged and protected and made central to all plans for sustainable transport. But walking on the footpath is sustainable transport too”. Quite so.

From my own professional background, and user experience (of being variously a pedestrian, cyclist, and car driver) it seems that each road user needs to recognise, understand rational for and respect boundaries, if conflict is to minimised. By boundary I don’t mean physical separation; I mean setting fair and intelligible rules to engender shared respect. It’s about creating street environments that are legible to, and easily interpreted by, all users.

Some of the more recent helpful Policy and Guidance: In 2009, we saw publication of the Department of Transport’s “Smarter Travel: A New Transport Policy for Ireland 2009-2020” and Ireland’s first “National Cycle Policy Framework”.

This was followed in 2011 by the National Transport Authority’s “National Cycle Manual”, and more recently the “Design Manual for Urban Roads and Streets” (see previous blog), a co-operative effort by the Department of Transport, Tourism and Sport and the Department of the Environment, Heritage and Local Government, and developed by a multi-disciplinary local authority led team.

The Dutch got their hindsight in early: in Holland, back in the 1960s, those boundaries were well planned and built to last. Smart planners recognised that population density meant unrestricted car growth wasn’t just a threat, it was also not feasible. So the way forward was compact city planning with priority access on safe, often segregated routes for pedestrians and cyclists, backed up with an enabling legal and insurance infrastructure.

Of course we’re not Holland, but in the last few years we have seen a new raft of helpful policies and guidelines appropriate for Ireland that together show a shift towards the increasingly accepted belief that traffic management is not about moving metal boxes, it’s about moving people.

The National Policy Framework’s vision is “that all cities, towns, villages and rural areas will be bicycle friendly. Cycling will be a normal way to get about, especially for short trips.”

This is a breath of fresh air, is it not? But to do this without impinging on the cyclists’ natural ally in sustainability and health – the pedestrian – is perhaps not so elementary after all, but with foresight, planning and investment, good practice in Ireland and internationally shows cycling friendly towns and cities are achievable, and merit the effort and investment needed. 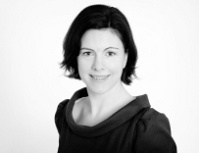